Mark the letter A, B, C or D on your answer sheet to indicate the word whose underlined part differs from the other three in pronunciation in each of the following questions.

Mark the letter A, B, C or D on your answer sheet to indicate the word whose underlined part differs from the other three in the position of the primary stress in each of the following questions.

Mark the letter A, B, C or D on your answer sheet to the correct answer to each of the following questions.

Question 6: According to _______ surveys, the majority of Britons are in favour of the monarchy

Question 7:For the first few minutes she was leading the race, then she began to fall _______.

Question8: People said that he would ________ a bad end. They were right. He went to prison and died there.

Question 10: Blood_______ are needed urgently, as the national blood bank reserves are getting low.

Question 11: Jim usually looks happy, but today he has a long _______ . He must have had a quarrel with his best friend.

Question 12: A: I am going to school tomorrow.

Question 14:In the eighteenth century,  ________  not many women who had access to formal education in the colonies.

Question 16:A: Did you watch the programme about animals?

Question 17:Dragonflies feed on a large variety of insects ________  catch in flight.

Question 18:  ________  laser beam can be moved easily in all directions, it can be used for highly accurate cutting in industry.

Question 22:Apart from Pluto, the outer planets _________ the inner planets and are made mainly of lighter materials such as hydrogen and helium.

Question 23:Fungi do not absorb sunlight but use animals and plants, _________ dead and living, as their source of food.

Question 25:The breadfruit does well in hot andhumidclimates.

Question 26:Many California mining townsprospereduntil the gold ran out and prospectors moved on to new areas, leaving boom towns to become ghost towns.

Mark the letter A, B, C, or D to indicate the word(s) SIMILAR in weaning to the underlined word(s) in each of the following questions.

Question 27:Hypertension is one of the mostwidespreadand potentially dangerous diseases.

Question 29: After the Ice Age many species of animalsdied out.

Mark the letter A, B, C or D on your answer sheet to indicate the underlined part that need correction in each of the following questions.

Question 33: The viceroy butterfly, an insectthatbirds like to eat, has a color pattern similartothat oneofthe monarch butterfly,whombirds do not like to eat

Read the following passage and mark the letter A, B , C or D on your answer sheet to indicate the correct word phrase that best fits each of the numbered blanks.

Read the following passage and mark the letter A, B, C or D on your answer sheet to indicate the correct answer to each of the question from 45 to 54.

(1)Billion of black, shrimp-sized insect with transparent wings and beady red eyes are beginning to cover trees, building, poles, and just about any thing vertical in a wise region of the U.S. (2) The invasion zone stretches from the eastern seaboard west through Indiana and south Tennessee. (3) these insect are cicadas. Their invasion will last for a few short months, but they can make a lot of noise.

Cicadas arrive in 13- and 17- year cycle. (4) The nymph burrow under ground and suck sap from tree roots. When they emerge, they transform into adult, reproduce, and then die. How they count the years until they emerge from the ground no one can say. Their purpose above ground is to reproduce.

Question 45: What is the main topic of the passage?

A. the life cycle of the cicadas         B. The reproductive behavior of cicadas

Question 46:According to the article, why does the insect invasion last only a few months?

A. Because people kill insect         B. because insects go back underground.

Question 48:Which is the best place to locate the following sentence?

“They are the longest-lived insects in nature”

Question 49:Which is the likely reason why billions of cicadas do not destroy all of the food in the invasion zone ?

A.Because many other insects, birds, and animals eat the cicadas.

B. Because they do not eat when they are above ground

C. Because they are in relatively small area

D. none of the answers

Question 51:Which of the following makes the cicadas unusual?

A.They are above ground only a few months of their lives

B.Mature cicadas are not seen every year

C.They live most of their lives as nymphs

D.all of the answer

Question 52:According to the passage, why do cicadas emerge above ground ?

Question 53: According to the passage, which of the following is NOT true about cicadas ?

B.They may appear once every 14 years

C. They live on tree roots

D. They have an unknown method for measuring their time below ground

Question 54:Complete the summary by choosing one sentence ( A, B, C or D ) that is among the most important information to fill in the blank.

A.The invasion zone covers most of the eastern  United States

B. The insects emerge every 13 to 17 years quickly mature  and reproduce

D. The invasion will last only a few days

SUMMARY:  This passage discusses the behavior of cicadas A cicada invasion involves a large number of insects over a wide area. ________ Cicadas spend most of their lives underground as nymphs.

Read of the following passage and mark the letter A, B, C or D on your answer sheet to indicate the correct answer to each of the questions from 55 to 64.

James Whistler was born in 1834 in Massachusetts, the son of a West Point graduate and civil engineer. [1] He moved with his family at the age of nine to St. Peterdburg, Russia, where he studied drawing. At age 14, he joined his sister her husband in London to continue his studies in art. A year later, following the death of his father, he returned to America and lived in Connecticut. He attended but flunked out of West Point because of his inadquacies in chemistry. [2]Affrontedat what he considered to be America’s poor treatment of artists, and perhaps because of his academic failure, Whistler moves to Europe permanently in 1855 at the age of 21. He first lived and studied in Paris, where he was influenced by Coubet’s Realism and was associated with the avant garde.

Whistler moved to London four years later and became known for his outspokenness, controversy,
expensive lifestyle and frequent debt. [3] In 1866 he traveled to Chile, returning to London a year later. By 1879, he was bankrupt, and went to Venice for a year, where be was commissioned to create a series paintings of the city. By the late 1880s he had achieved international fame, and was president of the Society of British Artists from 1886 to 1888. He published his manifesto, theGentle Art of Making Enemies, in 1890. In 1888 at the age of 54 he married Beatrix Godwin, a widow who died eight years later of cancer, Whistler followed her in death seven years later, at the age of 69[4].
Whistler's paintings are well-regarded, though he never achieved greatness; nevertheless, he considered to have been a major influence in England's modern art movement. He hated the narrative, and he refused to teach morals through art. He rejected scenes of ordinary life, preferring to depict

well-designed moments. Critics have noted that theplacidnature of his paintings was in sharp contrast to the wildness of his lifestyle. One of his more famous works, generally referred to as “ Whistler's Mother”  butwhichhe controversially titled “Arrangement in Grey and Black,  NO. 1” places him in the pantheon of American artists. It is thus ironic that he spent his adult life in Europe, primarily in England, and that painting of his mother was purchased by government of  France and resides in the Museed’ Orsay of  Paris.

Question 55:What is the topic of the passage?

Question 56:Which of the following is true of Whistler?

A. He failed at West Point because he could not write.

B. He often spent too much money.

C. He was an officer in the Chilean Army.

D. He lived most of his life in Paris.

Question 57: Which is the best place following sentence ?

“ It was here that he was influenced by the Pre-Raphaelites, and he also became a frequent traveler to the Netherlands”

Question 62: Which is the following is NOT  true of Whistler’s painting of his mother ?

Question 63: The passage describes a contrast between________

Question 64: Complete the summary by choosing one sentence ( A, B, C or D ) that is among the most important information to fill in the blank.

SUMMARY: This passage discusses the life and art of James Whistler. Whistler was an internationally famous artist by the 1880s and died at the age of 69. ________ The young Whistler led a controversial life in London, and continued to travel, notably to the Netherlands and Venice. Today Whistler is not considered great, though his work – “Whistler’s mother” in particular – has been influential on modern art and still well through of.

Part 1: Complete the second sentence so that it has a similar meaning to the first sentence

Question 65: There aren’t many tourists in this area

Question 66:I very rarely go into the city centre, so I don’t know where to shop

Question 67: I’m sorry I didn’t look at the hotel room before I booked it

Question 68: Communication changed completely when the telephone was introduced

Question 69: “You’ve passed the exam? Oh well done!” my aunt said to me

Part2: Write a paragraph of around 140 words about either your favourite sport or your hobby.

45. Đáp án là B. Dựa vào những ý cuối cùng của bài: When they emerge, they transform into adult, reproduce, and then die. How they count the years until they emerge from the ground no one can say. Their purpose above ground is to reproduce.

62. Đáp án là C. Ý trong bài:  that painting of his mother waspurchased by government of  Franceandresides in the Museed’ Orsay of  Paris.

65. There are very  few tourists in this area

66.  I am not used to shopping in the city centre

67.  I regret not looking at the hotel room before I booked it

68.  Communication changed completely with the introduction of the telephone

69.  My aunt congratulated me on passing the exam

My hobby is reading books. I inherited a valuable collection of books from my deceased father and up till now my cultural treasures have been preserved carefully. Reading books broadens my mind improves my knowledge. They help me distinguish the bad from the good and prevent me from doing wrong. Reading books brings me minutes of happiness and pleasures. I have found a source of consolation and encouragement in books when I am in despair. They're my true companions indeed. How relieved and comforted I feel when I can find in good books good teachers and friends! Instead of indulging myself in futile entertainments, I often absorbed in reading interesting books which always have miracles to soothe my sorrows and hardships and reveal to me strange and new horizons. 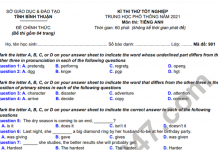 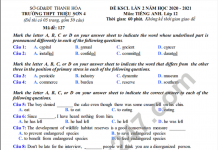 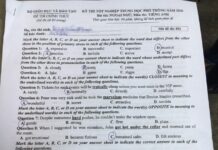